After my last knitting post I jumped straight in. I went to a local yarn shop and walked around like I knew what I was doing. I picked out some beautiful blue sport-weight wool yarn, and then told the shop-keepers that I was brand new and wanted to try knitting some socks on a round needle. They sold me a 24 inch round needle (which I have read is the most versatile), mentioned something about a “magic loop” and sent me on my way.

Well, I googled this magic loop concept, then decided the socks were probably a bit out of reach yet– I mean, they have so many angles… a toe and a heal.. common.

I decided to use my round needle to make a cowl — seemed foolproof! A knitted circle that goes around your neck- not as dangly as a scarf, and won’t mess up my ‘do like a hat would.

So I watched several online videos about knitting on the round– I learned a long-tail cast on. I learned that no matter what– you should NOT get your yarn twisted on a round needle or your whole project will get messed up.

I checked a few times initially to see if I had twisted the yarn, and it seemed like it was just bunched up– I had a billion stitches cramped on this thin little needle– seemed natural they wouldn’t all line up… so I kept on going.

I was knitting from a pre-made ball of yarn– so these are supposed to be good-to-go. But, alas, the knots! I kept getting tangled in knots, which took so long to undue. I eventually did resort to the scissors for one completely horrendous tangle that my husband also could not undo.

So, then I made a yarn ball myself to avoid these tangled troubles– and that worked beautifully. 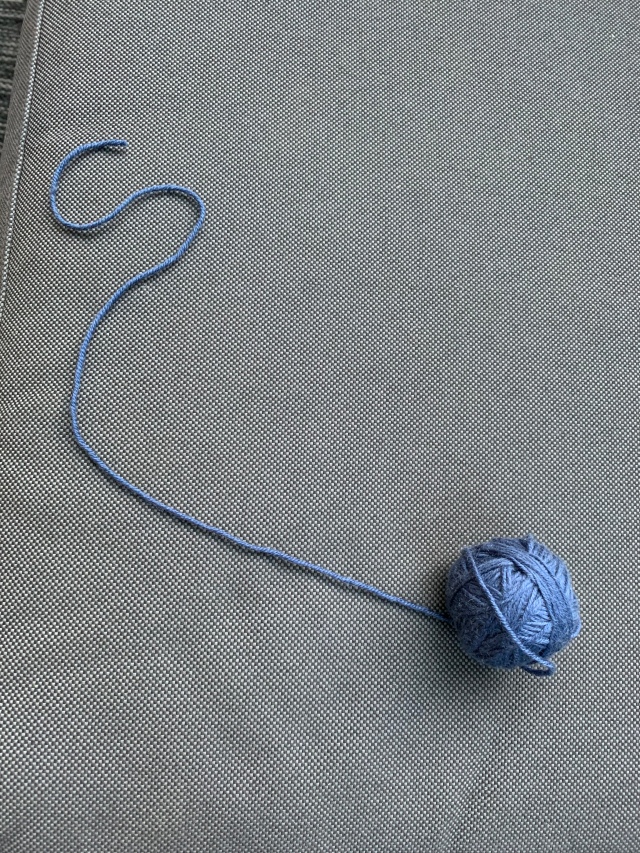 Back to knitting I went– happily oblivious for HOURS that my cowl was, in fact, twisted. <<Dun dun dun…>>

So I decided to cut my losses, cast off, and turn this twisted giant cowl into a scarf for my son’s stuffed animal. 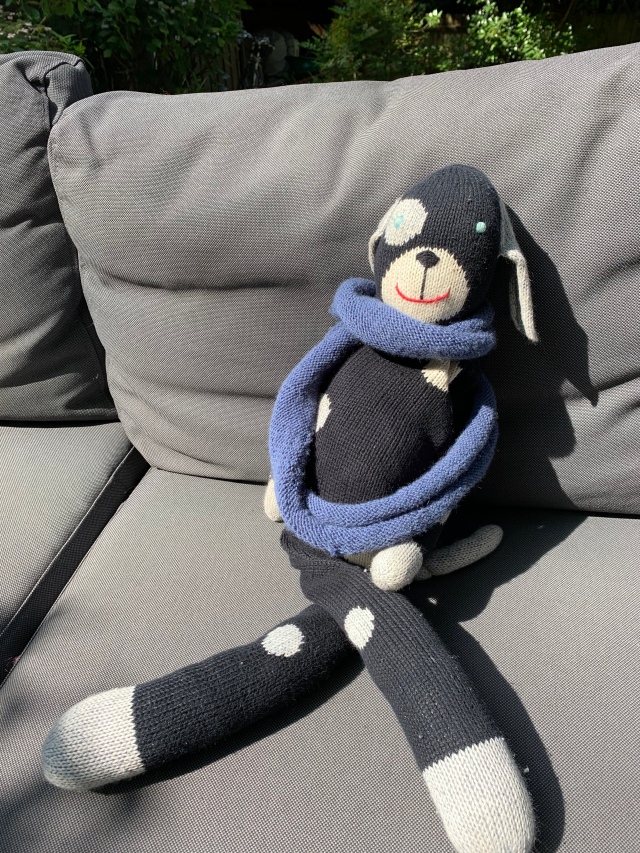 Even though this project did not produce what I had been aiming to do, it still was good practice– this yarn and needle combo were much smaller than what I had used before. I was able to successfully trouble shoot some errors like dropped stitches, and how to change from one piece of yarn to another. And how to handle knots, and how to make my own ball of yarn! All in all this was a fun project. Now, on to the next!